Plant with purple under leaves is a fantastic addition to any home. The good news is that they blend in well with interior design and draw attention when grown alone or in combo with the other green species.

The pigment Anthocyanins absorbs green colors from the spectrum of light, designing appealing magenta, burgundy, purple as well as pink shades. Although there are numerous such plants in nature, we have listed the most popular and space-saving houseplants below.

Plant with purple under leaves

This extraordinary plant has nettle-like leaves covered in thick purple hairs that look velvety enough to touch! Gynura sarmentosa, also known as Purple Passion Plant, grows as a small shrub in tropical Asia, with shoots that depend on one another. You might grow this plant in hanging baskets as an indoor plant, with the stems spreading in any and all directions.

It prefers a warm, humid environment, but do not spray its hairy leaves! While it is perennial, its sight fades with time, and it loses color and becomes quite inconspicuous in just a few seasons. Because it propagates easily through water-based cuttings, it is best to grow a new plant every other season. Additionally, pinching the tops on a regular basis will increase their lifespan.

The plant produces tiny orange flowers with an unpleasant odor! As a result, it is best to get rid of them as soon as you notice them.

The oyster plant, also known as Boat lily and Moses-in-the-cradle, is native to Brazil, Guatemala, and Mexico. It is a hardy and resistant plant that grows well in pots as a houseplant, but it may also be planted in the garden in mild winter climates.

Its erect lanceolate leaves with a purple reverse grow densely on stems to form spiral rosettes. So every node on its thickened, brittle, watery stem that comes into contact with the ground swiftly takes root, making the plant quite invasive when grown outside. It also means that the plant readily propagates itself through cuttings in the water and even sometimes directly in the soil.

The color intensity of its leaves is affected by the amount of light received by the plant. Plants in deep shade end up losing their purple shades, but they’re also unhappy in direct bright sunlight. It is a low-maintenance houseplant that can withstand brief periods of drought.

This purple under-leaf houseplant is the Wandering Jew, also known as Tradescantia Zebrina, which is beautiful and is becoming a popular houseplant.

It forms two to three-foot-long, colorful cascades in hanging baskets and on east and west windows. One of the easiest plants to grow, with a wide tolerance range to various conditions, can be successfully cultivated even by inexperienced gardeners!

One of the easiest plants to grow, with a wide tolerance range to various conditions, can be grown successfully even by inexperienced gardeners! Apart from freezing temperatures, swampy soil, and all-day sun exposure, this fantastic plant can withstand almost anything!

This Stromanthe Sanguinea Triostar or Tricolor Stromanthe is a gorgeous perennial with vivid, almost artistic white and green colored leaf surface and intense purple reverse that is especially pronounced at night when this unique plant folds its foliage. Due to its fantastic coloration, it is one of those eye-chatting plants that is almost impossible not to notice.

Although considered the ‘star’ and the most sought-after plant of the Marantea family, growing Stromanthe Sanguinea Triostarthis is not much more demanding than growing any other tropical plant.

In other words, give it bright but indirect lighting, at least 60% humidity, highly permeable nutritious soil, & moderate watering. And, of course, avoid exposing it to low temps and moving it frequently, as it is challenging to adapt to new circumstances.

Purple waffle grows naturally as a low ground cover anywhere along banks of streams & rivers in Southeast Asia. This is why it is frequently sold as such an aquarium plant. It cannot, however, live in water all the time.

Terrariums and paludariums are ideal habitats for this low bushy elegance with small, wrinkled, ovate, shiny maroon-purple leaves & wine-red beneath. Furthermore, this plant will thrive in humid environments.

If you plan to grow it in a room, plant it in a slightly acidic to the neutral substrate with a pH of six to 7, spray its leaves on a regular basis, or place it on a small rock tray because it does not endure dry air.

It can only thrive as a garden plant in climate zones 10 to 11, while it spends the winter indoors, protected from cold temperatures, in all other areas.

Calathea Rattlesnake with purple under leaves

Calathea Rattlesnake (Goeppertia insignis) as well as Calathea lancifolia is another prayer plant that will add a tropical feel to your living space. This plant, native to the Brazilian rainforests, has elongated leaves with a wavy edge and a strappy, spotted dark green pattern on the undersides, as well as deep purple undersides.

It prefers shaded areas with indirect lighting & moderately moist and not-soaked soil, just like its other family members. If growing conditions are good, the plant blooms in late spring and early summer with small yellow-orange flowers.

Folding leaves so at end of the day is a treat to the eyes and one more reason to welcome this tropical beauty into your home.

This Alocasia Amazonica Polly, also known as the African mask plant or African Elephant Ear plant, is a hardy hybrid species. Despite its name, this plant has no connection to the Amazon because it is an artificially created cultivar with ancestors from Asia and Australia’s tropical regions.

The entire plant, like other plants in the Araceae family, contains toxic calcium oxalate, which might cause serious health problems in both pets and humans.

Nonetheless, one of the beautiful plants you can grow indoors is the beautiful, evergreen plant with huge, arrow foliage with pronounced white nervation as well as the dark burgundy reverse.

Even though it is not the easiest plant to grow, this is out appearance is worth the extra effort. It needs a warm, humid environment with plenty of diffused lighting.

Because the plant prefers moisture, water it at least twice a week during the growing season and once every seven to fifteen days during the winter. Use a damp cloth to clean its shimmery leather leaves with slightly serrated edges on a regular basis! This plant’s main enemies are dry air, impermeable soil, and low temperatures. As a result, mist it frequently and never expose it to temps below 55°F or direct sunlight!

Few plants have leaves as beautifully painted as Calathea Veitchiana or Calathea Medallion. The stunning natural masterpiece from the Marantaceae family comes from the Amazon and South American jungles, where it grows in the shade of high tropical vegetation.

Its gentle, round, broad leaves are highly sensitive to environmental stresses. If you wish to share your space with this living work of art, you must pay special attention to increased humidity levels, a consistent temperature between 65 and 80 degrees Fahrenheit, and relatively moist but never overly-soaked soil.

All of the plants with purple under leaves mentioned in this blog post are green on the upper side & purple on the bottom. These are the most common but amazing plants with these characteristics. There are numerous plants that resemble such features.

If you liked this article, you might be interested in Plants With Purple And Green Leaves for making your living beautiful.

Can you freeze marinated chicken? 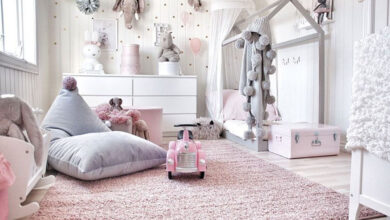 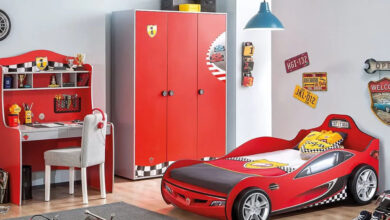 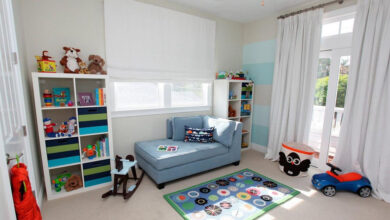